The Court of Appeal Ruling on the Election Date 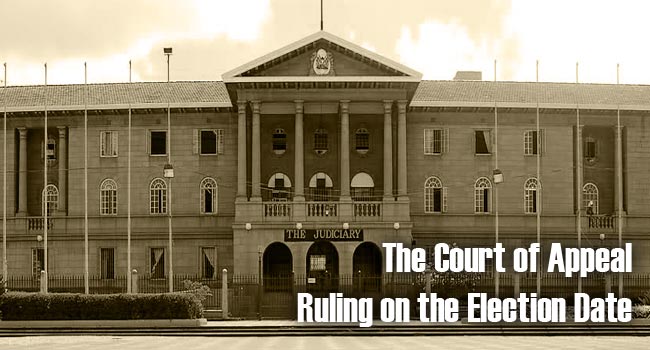 Last week Tuesday, the Court of Appeal upheld a lower court's decision to set the date of the upcoming general elections to be on 4th March 2013. The High Court had in January ruled that the polls should be held in March of the following year i.e. 2013. These polls have taken an extra significance because they will be the first to be held under the new constitution. They will also be the first since the poll election violence that rocked the country in 2007. As a result of the violence, two of the leading candidates, Uhuru Kenyatta and William Ruto, have a case to answer at the International Criminals Court (ICC). Kenya has traditionally held elections in December. The new constitution changed that in article 101(1) where it states that elections are to be held the second Tuesday of August in every fifth year. However, the next election date has been under debate essentially because of the new constitution, and also because of the sensitive nature of the coalition government, which came about as a peace compromise after the post election violence.

Article 162 lists the systems of courts. The superior courts in the land are the Supreme Court, the Court of Appeal and the High Court (listed here in order of superiority). Article 163 gives the Supreme Court the ultimate power to hear and determine disputes relating to the elections with regards to the office of the President. It also has the power to hear appeals from the Court of Appeal. The Court of Appeal has the jurisdiction to hear appeals from the High Court and any other court or tribunal. The High Court has jurisdiction to hear any question respecting the interpretation of the Constitution... including the determination of:

So when the Supreme Court referred the matter to the High Court, Three High Court Judges, Justice Isaac Lenoala, Lady Justice Mumbi Ngugi and Justice David Majanja failed to declare a specific date for elections. They instead pronounced two scenarios on which the election date could be set.

➢ The elections be held within 60 days after January 14, which would be when the term of the Tenth parliament expired.

The Independent Electoral and Boundaries Commission (IEBC) then set a March 2013 election date following the ruling. The March 4, 2013 date was, however, challenged by a section of the civil society (The Center for Rights Education and Awareness and the Caucus for Women's Leadership), which argued any extension of the election date could only be made through a constitutional amendment. The lobbyist then took the case to the Court of Appeal.

A ruling by a five-judge bench in the Court of Appeal upheld the March 4th date that had been set by IEBC. They supported the High Court's decision that the elections should be held within 60 days of the expiry of the current Parliament's term, which ends on the 14th of January 2013. The Court of Appeal Judges who supported the High Court ruling were Justice Erastus Githinji, Justice David Maraga, Lady Justice Hannah Okwengu and Justice Kalpana Rawal. Lady Justice Martha Koome however gave a dissenting opinion where she ruled that Kenyans should go to the polls before January 15 2013. According to her, the election date should fall within 60 days to the end of the term of the House. She felt that dissolving Parliament within 60 days after the expiry of their term, as interpreted by the High Court ruling, would extend the current Parliament's term beyond five years and this be in violation of the Constitution. Lady Justice Hannah Okwengu explained that the Constitution provides for Parliament to complete its term uninterrupted and that there was logic in the date set by the electoral commission as it would give candidates a chance to campaign.

The Court of Appeal ruling added that the President and the Prime Minister had no power to dissolve parliament and call for elections since the National Accord, which gave that power, ceased to exist when the new constitution was promulgated.

There would be no vacuum in government if elections were held in March 2013, since the President, Prime Minister and all the Cabinet would continue serving until a new government is appointed after the coming elections. This means that the next parliament would only sit for four years and four months.

The March 4th 2013 election date will stand unless someone further appeals to the Supreme Court, which has jurisdiction to determine appeals from the Court of Appeal. Although it is highly unlikely that the Supreme Court would overturn this decision, one of the human rights groups that had filed the petition for elections to be held at an earlier date said it is considering appealing the ruling. 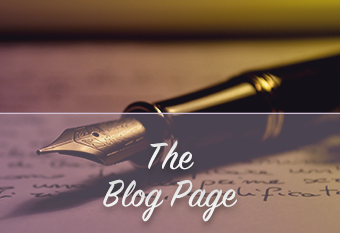 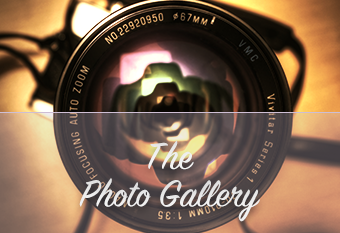